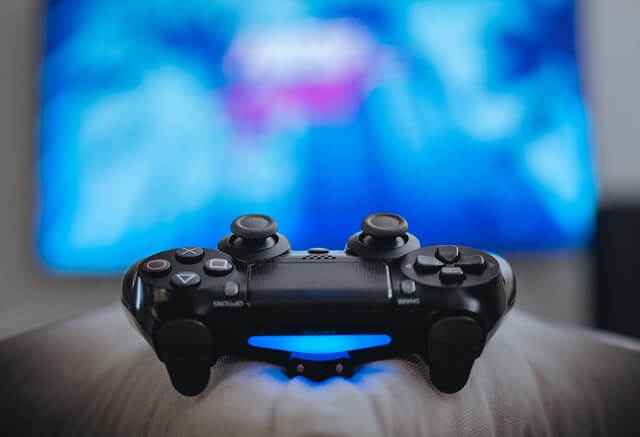 It is not new for gamers to watch their PS4 turn on by itself now and then. It has been the case with most PS4s since the 2014 software update.

People often complain and seek refuge on the Internet when their PS4s behave a little ghostly. However, the real problem is that they can never find an adequate solution.

According to their expertise, many suggest tips and tricks solve this weird problem. Still, none have been able to master the solution. However, nothing is impossible, and we are pleased to share that you will find the right solution for this problem here.

Before we move on to fixing this glitch part, let’s try to understand this problem better.

Why Does My PS4 Turn on by Itself?

A PS4 is one of the most commonly used devices by gamers worldwide. It has been gamers’ favorite for years. However, lately, the PS4 has been behaving a bit weirdly. Every PS4 user has been complaining about the PS4 turning on by itself.

Many people shared their weird experiences on the Internet. Some found it funny, while others thought it was scary. So, why exactly does this keep on happening?

Well, there is not one finite answer to this question. There could be many reasons behind your PS4 turning on by itself. It could be a software bug or something as simple as an automatic update function. Down below, we have listed some of the common and most probable reasons your PS4 turns on by itself.

What Can You Do to Solve This Problem?

Many people think it is a big issue, and the only solution would be getting a new version of the PS4, so they just let it be. However, it is not the case at all. Leaving the issue unattended would disrupt your gaming experience and eventually harm the device. The problem can be easily fixed even if you cannot identify the exact cause.

Following are some of the proven and tested methods to fix your PS4’s weird behavior:

Change Settings: The first and foremost step is simply changing the automatic update settings. As mentioned above, automatic updates often cause the PS4 to turn on and off by itself. You can use the following navigation guide to change the settings: Home Screen > Settings > System > Automatic Downloads > uncheck System Software Update Files. All you have to do is follow these five simple steps, and you are good to go.

Resetting The Device: If the issue persists, it indicates that automatic software updates are not to be blamed. Thus, you can try resetting the device. The data on the PS4 will be erased if the device is reset. So, please make sure the information is backed up in the PS4 Saves before resetting the console. This is how you can reset your console:

Nothing Worked, What to Do?

There is no need to panic if all of the above methods fail to resolve the issue in your PS4 device. There are still many options you can try instead of disposing of the console or getting a new one. As described before, there can be multiple reasons for this problem. You can try the following as well:

When you want to fix something, the Internet is always there, but with all the information that’s out there, it’s difficult to choose what to do and what not to do when trying to repair something. With regards to fixing PS4 problems, in particular, there are many different blogs and forums, each of which has a different way of doing things.

This guide will explain 4 steps you can take to fix PS4 with ease and restore your console to full operation within minutes!

What can you do when your PS4 won’t read discs?

Then boot it back up again. Sometimes that’s all you need to do for everything to start working normally again. If that doesn’t work, however, you may have to reset your console.

To do so: Press and hold down on the power button until you hear two beeps: one when you initially press it down and another seven seconds later. The screen will flash blue once after those beeps. Let go of the power button then press it again briefly to turn on your console.

Once it boots back up, give your disc drive another shot—you should be good to go at that point! If not, try unplugging your PlayStation 4 from its power source for a few minutes and plugging it back in. This is usually enough time for everything to reset itself without causing any problems. If none of these work, you may have a hardware issue that requires further troubleshooting or repair. In most cases though, these fixes should get things working as normal again quickly and easily!

What should you do if the sound drops out on your PS4?

If you’re having issues with sound on your PlayStation 4, there are a few different things you can try. Let’s fix it. First up, make sure your speakers or headphones are working properly by plugging them into another audio source. If they play without a problem, they aren’t broken and it must be something specific to your PlayStation 4.

Is 4K Support Coming To PlayStation 4 Pro And Xbox One X?

The new PlayStation 4 Pro and Xbox One X consoles add support for 4K and HDR, which is great news if you have a compatible TV. However, owners of last-gen systems are worried they may be left out of all that visual goodness.

Fortunately, there’s light at the end of their tunnel. Sony has confirmed that 4K support will come to PS4 via an update but not until 2018. Meanwhile, Microsoft hasn’t said anything about adding 4K compatibility to its older console, but it seems likely it will happen eventually.

Q. Why does my PS4 turns on by itself in rest mode?

It happens because a malfunction in rest mode might cause the PS4 to turn on even if no buttons are pressed. Hence, always correctly turn off your console.

It happens due to the HDMI device connection and how the PS4 and the television interact. As a result, turning on the PS4 will turn on the TV, and vice versa. If it bothers you, you can disable HDMI Device Link in Settings.

Q. Why does my PS4 turns on by itself and eject the disc?

It’s most likely due to the sensitiveness of the eject button. When it malfunctions, it causes the console to switch on by itself, beep sporadically, and eject the disc. The culprit here is the rubber foot situated below the console.

Glitches like the device turning on or off itself are pretty common. You don’t need to panic and feel disheartened when this happens. Nor ignore it completely. Take immediate charge of things and try every method mentioned.

Every device is different from others. Hence, what worked for you might not work for others. The key here is to keep trying different methods until the ultimate goal is achieved. Tech devices and gadgets can go wrong quickly if not properly maintained or taken care of. PS4 is a costly investment, so do not risk its care and maintenance.