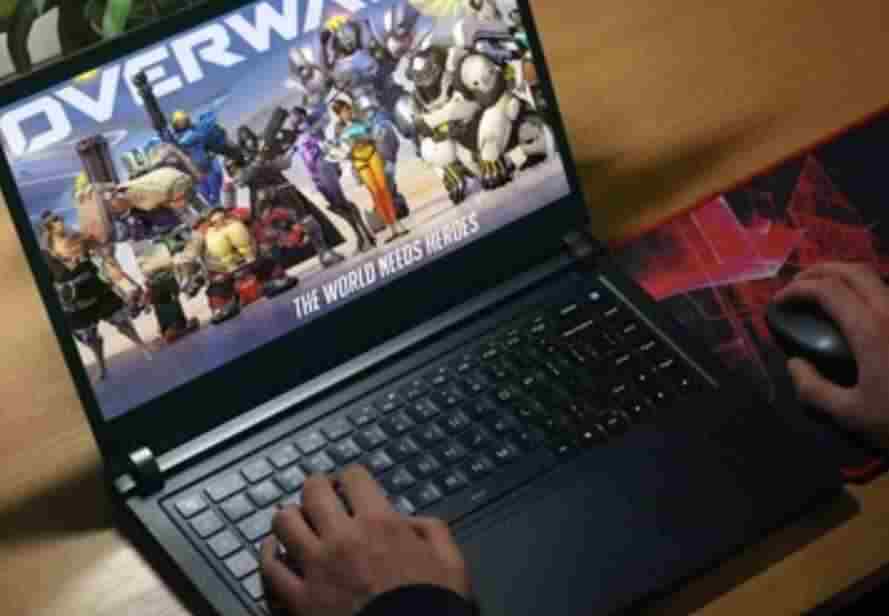 Buying expensive gaming equipment or even a high-end laptop is something not many people can afford. So, should all low-end users quit gaming? Certainly not! Blizzard’s game developers designed Overwatch to be an extremely versatile program that can run on almost any laptop or pc, yes, even your ancient one. You don’t need to spend all of your life savings on a high-end system just to play overwatch.

In this article we’ll discuss the best overwatch settings for laptop users that can upgrade their gaming performance to run as smoothly as it would on any other high-tech device, just kidding, maybe not as smooth, but it’ll be close! Close enough…

So, let’s dive right into it!

Overwatch is a team-based multiplayer first-person shooter video game developed and published by Blizzard Entertainment. It was released in May 2016 for Microsoft Windows, PlayStation 4, and Xbox One. Overwatch assigns players into two teams of six, with each player selecting from a roster of over 20 characters, known as heroes, each with unique abilities and roles within the team.

The objective is to capture the opponents’ objective or defend their own while dealing with various obstacles that impede progress. Players can choose between three difficulty modes: Easy, Medium, and Hard; which affects how powerful an enemy can be but not how much damage they inflict. The more difficult the setting, the fewer health points (HP) each hero has and the longer it takes to respawn after being killed. Players can select a hero according to their preferred playstyle, such as defending key points on a map or escorting an armored truck through traffic. There are four main game modes in Overwatch: Quick Play matches players against AI-controlled bots on either offense or defense depending on what team they are assigned to;

This is the most obvious and first step you should take when you’re facing difficulties like lag or high FPS rate while playing overwatch. Background applications are a hazard, in simple terms, to your gaming experience. Since your poor old CPU is running both overwatch and these apps you do not know of, it’s an obvious strain.

A simple problem, however, has an equally simple solution. Just follow these steps:

Make sure you keep gameplay-boosting apps running like NVIDIA, INTEL HD, or AMD.

The Overwatch game menu has a plethora of Overwatch launch commands that are variables built into “the code” of the game that allows you to launch the game with different conditions applied.

Use Ccleaner to Clean Temporary Files

The amount of junk you can accumulate on your laptop is astounding. The more trash from files, the more trash your gameplay will be because of all that lag. An easy fix will be to clean out all the junk, in the form of temporary files, before and after you play Overwatch.

It’s an easy and simple method to boost your gameplay experience without getting tech-savvy. The most common and recommend cleaner is linked for your convenience.

Use A Solid-State Drive (SSD)

If you want the edge of being the first person to make a move when the match first loads, consider investing in an SSD. It is a storage device that stores data continuously and is a faster option compared to traditional hard disks.

Use A Laptop Cooler

Since laptops have the most disappointing and close to non-existent laptop coolers, investing in one is better than buying a whole new laptop. A laptop cooler can take your laptop’s temperature down 5-7 degrees Celsius which may not seem like much, but the FPS boost you can get in Overwatch is not insignificant by any means.

The Best Combo You Should Try Out

If you ever wanted to overclock without actually overclocking, get ready for this killer combination! This is the highlight of the article, after reading this you’ll certainly never wonder “how do I optimize my low-end laptop for gaming?” or “How to make overwatch run better?”

This is enabled in your BIOS and mostly slows down your computer performance.

It decreases the latency between your hardware and processor and in exchange, you can have better input from your mouse and keyboard and better FPS

To have higher FPS for smoother gameplay, choose how much your CPU focuses on your game.

Can You Run Overwatch On A Low-End Laptop?

On the outside, Overwatch looks like just another first-person shooter; but, if you look closer you’ll see that Overwatch has many more layers to it than what you’d find on most other FPS games. There are several character types and roles in the game, each with different abilities and play styles. As such, it’s no surprise that Overwatch has won over so many fans who aren’t typically into shooters, which begs the question – can you run Overwatch on a low-end laptop? To answer this question, let’s take a look at some of the requirements needed to run Overwatch.

What are our requirements for running Overwatch?

Before we answer can you run overwatch on a low-end laptop, let’s consider what our needs are for running Overwatch. If you simply want to play Overwatch on your main gaming rig, then a great PC is necessary. However, if you would like to have some fun with friends at events and LAN parties, but your standard computer setup is too much to lug around, then here are some requirements for playing games such as overwatch on low-end laptops.

First, the lower-end laptop must be designed specifically for gaming. Second, few budget laptops can handle both high-end graphics and CPU-intensive applications (though these machines will usually cost more). Third, the lower-end machine should be able to manage frame rates of at least 30 frames per second (fps) in high detail settings. Finally, keep in mind that not all GPUs can manage this setting or offer enough power to sustain this type of intense gameplay.

Is it possible to run overwatch on a low-end laptop?

According to IGN, yes. Many gamers are looking for ways to run overwatch on a low-end laptop. While you may be able to download and play overwatch on your machine, it will not be smooth. The game requires a strong graphics card. According to CanYouRunIt, you can run Overwatch on a computer with an Intel HD Graphics 4000 video card.

CanYouRunIt also recommends 2GB of RAM and running Windows 7 64-bit or newer operating system to maximize performance.  If you’re in the market for a new gaming laptop, there are plenty of choices out there from HP, Acer, Lenovo, Asus, and others. Gaming laptops start at $800 and go up into the thousands depending on features and power. Alternatively, you can build your PC which starts at around $1000 depending on what components you select.

Tips to save money while buying a gaming laptop

Before you start your search for a gaming laptop, decide how much money you want to spend and what you want to get in return. There are all kinds of gaming laptops out there, ranging from budget-friendly notebooks that can handle casual games, to powerful desktop replacements designed to run high-end PC games with no problem. While it’s not cheap, investing in an NVIDIA GTX 1060 GPU can potentially save you hundreds of dollars on a laptop that isn’t compatible with virtual reality. If you’re planning on running intense 3D applications or serious video editing programs, choose a laptop with at least 8GB of RAM and a quad-core processor. With these specs, even the most graphically demanding games will still be playable.

Can Overwatch run without a graphics card?

There’s good news and bad news. The good news is that you can probably play Blizzard’s popular team-based shooter, Overwatch. The bad news is that you probably can’t, and won’t be able to without making a few big sacrifices to your gaming experience. For most gamers, nothing less than a GeForce GTX 960M or Radeon RX 460 will cut it when it comes to getting 60 fps at 1080p resolution with low to medium settings. But if you’re keen on saving money, here are some things to try:

• Turn off Vsync in the video options menu (under Video) and use Frame Rate Limiter instead (found under Advanced on NVIDIA cards). It will sync the frame rate to match your monitor refresh rate which can give you a higher frame rate than vsync. • Lower anti-aliasing level in the video options menu (under Video) as well as post-processing effects like motion blur and depth of field. • Experiment with changing the overall detail levels in Game Options – World Detail Level which includes reducing tessellation levels, turning down texture quality, etc.

If none of these solutions work for you then maybe upgrading your computer isn’t as unrealistic an idea as it might seem!

What cheap PC can run Overwatch?

If you’re looking to buy a new computer to play Overwatch on and have a tight budget, here are five gaming laptops you can purchase for under $700. These machines are from well-known brands such as Dell, HP, Asus, and Acer and come with various hardware configurations that can make it difficult for you to choose which one is best for your needs. So without further ado, let’s find out which of these laptops could be a great purchase for your budget PC gaming needs. The first laptop in the list, Dell Inspiron 15 7000 Gaming (7559), can be found at a price point of $697. For this price, you get an Intel Core i5-7300HQ CPU (the same used in our top choice), 8GB DDR4 RAM, and a GTX 1050 graphics card. While this laptop does not have the best specifications when compared to other products on this list, its value is unmatched considering the low price tag it comes with.

Do you need a high-end PC for Overwatch?

Not. According to Blizzard, you can run Overwatch on a minimum of GPU: Intel HD 4400/AMD Radeon HD 5570 or greater (See supported list) CPU: Intel Core i3 or AMD Phenom X3 8100 or greater RAM: 4GB Storage: 30GB available hard drive space and a DirectX 9 capable video card with at least 1 GB of Video Memory.

So there is no need to spend money on expensive computer hardware when it comes to Overwatch! I hope this post helped answer your question about Can you Run Overwatch On A Low-End Laptop?

It may be because your drivers are not updated or your operating system may be having comparability issues with the game. If you had made changes to the software settings on your video card, they might be causing crashes and bugs. To fix this problem, you’ll need to reset your in-game options for resolved gameplay.

The game is capped to 300 frames per second but a lot of gaming professionals go higher. The minimum competitive gaming level is 144Hz and the maximum you can get is 103Hz for fair gameplay and competition. Since Overwatch is a heavy game compared to other shooting games, getting such a low FPS is impossible on low-end laptops.

Why get a new computer when you can just tweak the settings a bit on the old one? We hope we helped you save some cash by helping you learn How To Run Overwatch On A Low-End Laptop. We don’t think you’ll ever experience insane amounts of lag if you keep all of the information in mind the next time you’re shooting in overwatch. Here’s to high-end gameplay on low-end devices!